Spring is all about new life, growth and color. With Spring now upon us in Chicago, we enlisted the help of River North Design District (RNDD) member and talented interior designer, Michael Del Piero of Michael Del Piero Good Design, to demonstrate how color can help transform a room and infuse new life into the space. She used paint colors from fellow RNDD member Farrow & Ball, located at 449 N Wells, to bring these 4 rooms to life.

Michael was one of the 27 interior designers chosen to be a part of the 2017 Lake Forest Showhouse. She designed the living room in this year’s home.  Michael used Farrow & Ball’s Wevet with a brown glaze by Paul Minnihan painting. Photo by Janet Mesic Mackie.

“We wanted a European feel. The paint needed to give the impression of plaster walls with age and patina.” – Michael Del Piero

Wevet is a delicate white with a hint of grey. This white has a barely there, almost translucent feel to it, and so shares its name with the old English term for a spider’s web. The shade is clean, understated and incredibly easy to live with. With its hint of grey, this hushed tone can be used as a wall colour for a neutral contemporary space or on ceilings and woodwork when combined with cooler greys, as seen in Michael’s space. 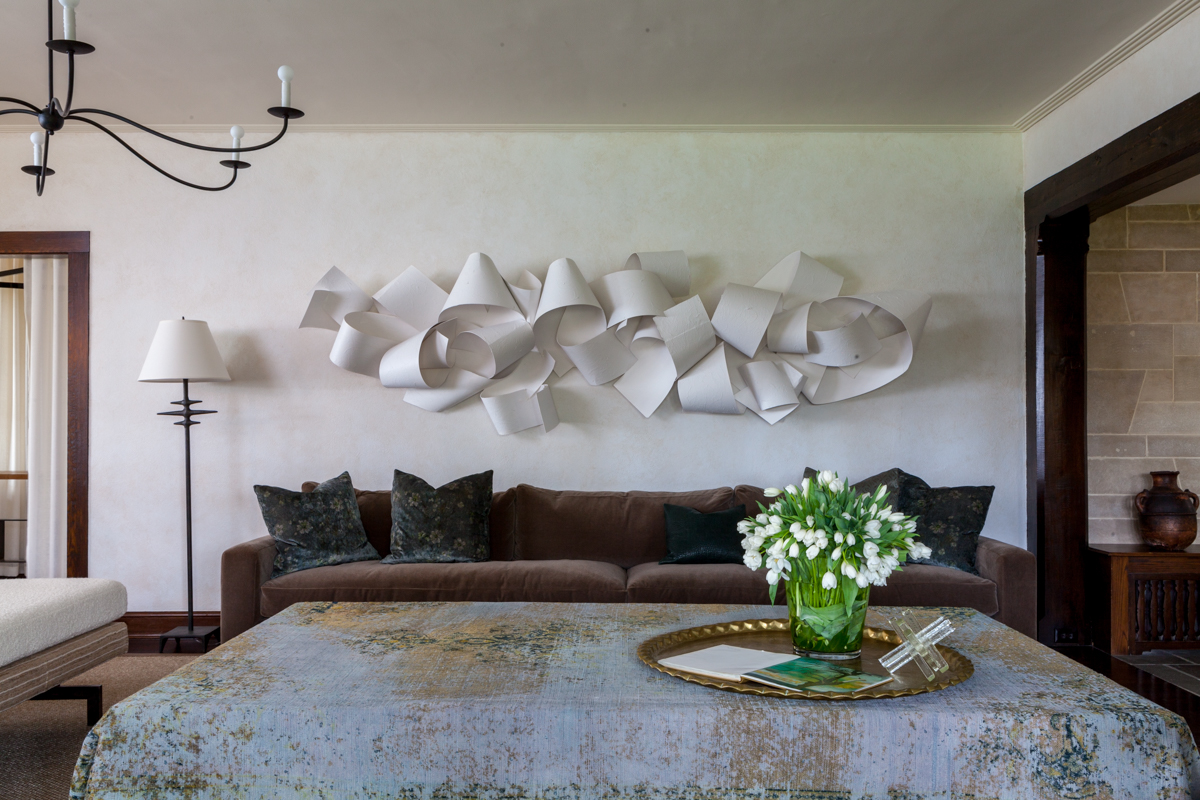 With this next space, Michael used Farrow & Ball’s Off -Black No 57 which brings a certain warmth to a black wall and works in this more traditional space.

“This shade of black has a depth most black paints lack. It’s almost midnight navy however, it’s not blue at all!” – Michael Del Piero

Off-Black is soft black and is one of the original Farrow & Ball colours – an uncomplicated name for a well-loved, classic hue. Off-Black is much more flattering to adjacent colours than stronger blacks because it feels so much milder in tone and has none of the underlying cool blue of Railings or Black Blue. 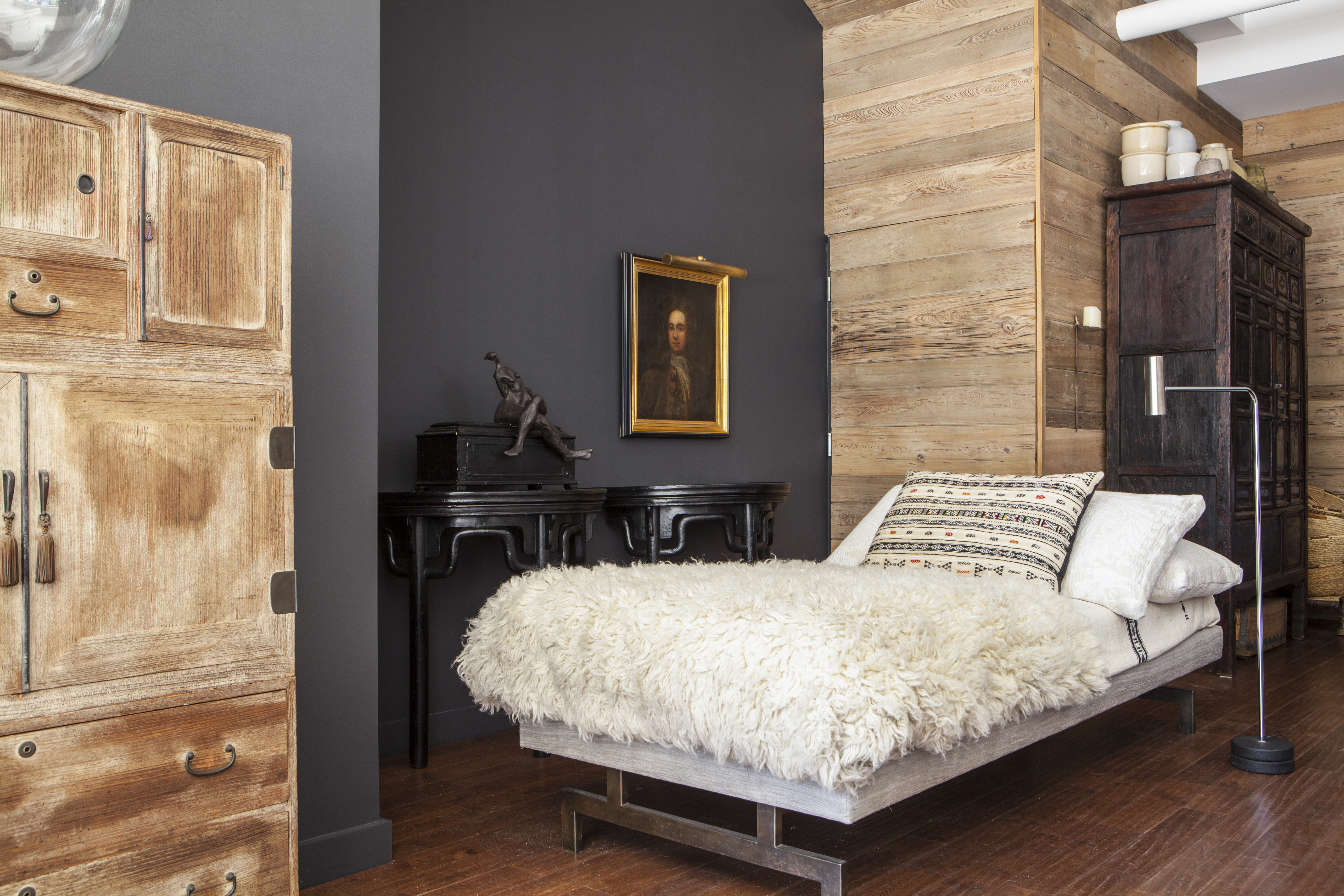 For this elegant dining room, Michael chose Farrow & Ball’s Pigeon No 25, which is somewhat difficult to define. It has blue, gray and green shading depending upon where it’s used.

“We selected it for this dining room to enhance the moody feel of the space. A traditional yet sensuous dining room with minimal furnishings needed just the right shade on the walls.” – Michael Del Piero

This cosy and nostalgic blue grey is named after the colour of the bird often sighted around the London landscape, the Pigeon. Softer and bluer than more contemporary grey shades like Mole’s Breath, Pigeon is particularly suited for use in darker spaces like studies, paneled rooms, or to create an intimate, warm space like the one below. 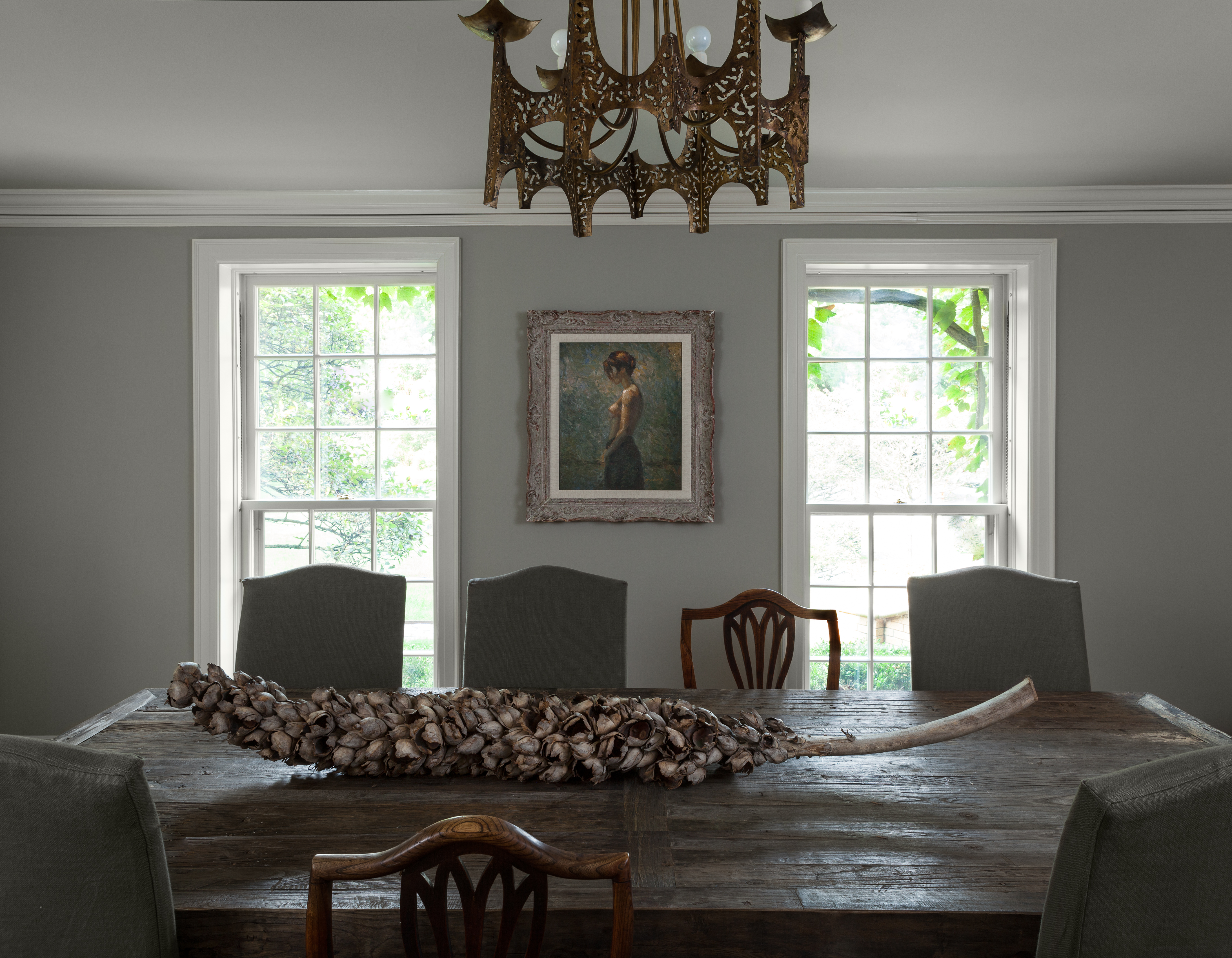 When this client wanted a neutral color, but not white, Michael searched high and low for the perfect “non white, “non beige”, “non grey” color. She eventually landed on Farrow & Ball’s Stony Ground No 211 as it changes drastically with light, and this living room needed a soft backdrop.

“As with all of our projects, mood is key. Keeping this neutral without becoming a boring space is all about the right shade of paint!” – Michael Del Piero

A classic stone color, Stony Ground has a slight underlying red which adds warmth and creates a soft beige finish. It pairs incredibly well with the lighter Shaded White or stronger Mouse’s Back for a quietly cohesive scheme. 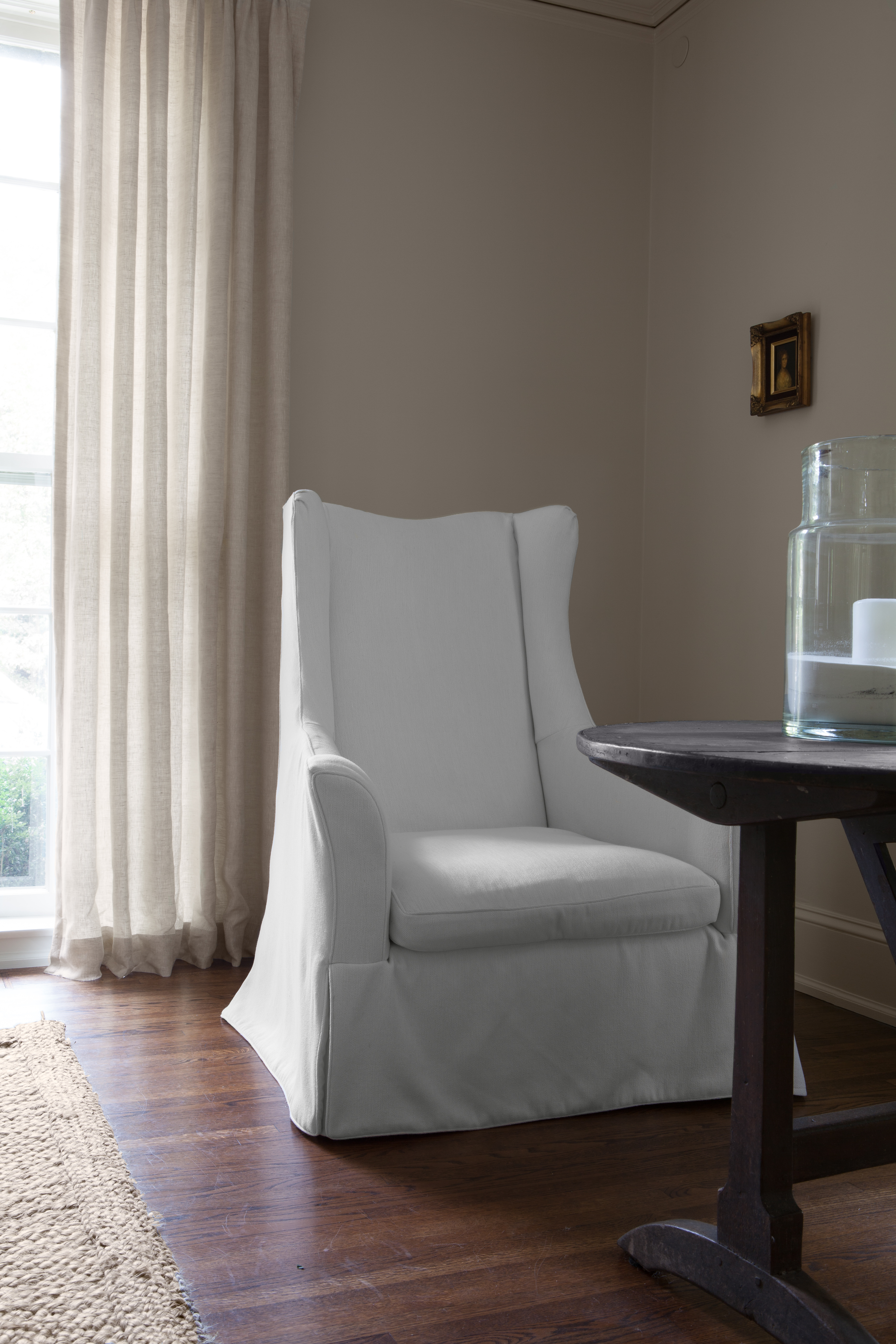 About Michael Del Piero: Michael Del Piero founded Michael Del Piero Good Design in 2007 based on three simple principals: Strive for balance. Create interiors as current as they are enduring, as sophisticated as they are approachable, and as unusual as they are beautiful. And take care of clients as if they are royalty, serving their needs and lifestyles above all else. A curious soul, a world traveler, and one of the earliest vendors on 1st Dibs, Del Piero is known for her accomplished eye and uncommon knack for a serene and simple mix that bridges generations of style. Her distinct aesthetic fuses rough with luxurious and ancient with modern. Michael’s work has appeared in over 350 interior design blogs as well as national and regional publications such as Traditional Home, House Beautiful, The New York Times, The Chicago Tribune, and 1st Dibs Introspective who declared her work as “truly, one of a kind”. Her projects are also featured in popular interior design books including House Beautiful’s Kitchens, Chicago Spaces and the international publication, Visions of Design.

About Farrow & Ball: At Farrow & Ball, we make unmatchable paints and wallpapers. Ever since we were founded by paint pioneers John Farrow and Richard Ball, their passion for producing paint using only the finest ingredients and age-old production methods has remained at the heart of Farrow & Ball, right through to today. Our sumptuous paint colours are made using high levels of rich pigments to original recipes and our wallpapers are hand crafted using our own paints and traditional printing methods. We make everything at our factory in Dorset, England, home to Farrow & Ball since its beginnings. Each and every batch is subjected to scrupulous testing to ensure that our Elephant’s Breath is no Dead Salmon and our wallpapers retain their uniquely tactile texture. Farrow & Ball products are available from showrooms and stockists around the world and locally through your Farrow & Ball Showroom at 449 N Wells in Chicago, IL.  Visit www.farrow-ball.com for more information or visit the Lake Forrest Showhouse sponsored by F&B to see our extraordinary colours, finishes and wallpapers in situ.

Previous: RNDD at the 2017 Lake Forest Showhouse & Gardens
Next: Dreaming of Design 2017

By clicking subscribe, you agree to share your email address with RNDD to receive exclusive offers and special invitations to events.